Mercury-Free is the Way To Be

One of the most compelling attributes of Lumencor light engines is that they are entirely mercury free. Here we examine why eliminating mercury is a worthwhile goal, and one that is shared by organizations worldwide. Reasons for eliminating mercury fall into two groups:

For example, a mercury fever thermometer contains about 500 mg of mercury, whereas a single mercury (HBO) or metal halide bulb used for fluorescence microscopy contains about 20 mg. However the mercury in the thermometer is largely liquid, which is not particularly toxic itself, but is dangerous to the extent that it is a source of mercury vapor. The mercury in a lamp bulb is pressurized vapor. Mercury vapor is particularly dangerous because it is readily absorbed through the lungs and mucous membranes. Once absorbed, it lingers. The half- life of mercury vapor in the human body is estimated to be 35-90 days. The primary target organ for inhaled mercury vapor is the brain. Here, it interferes with neurite elongation, a process that is central to neurological function. A video produced by researchers at the University of Calgary demonstrates this effect. 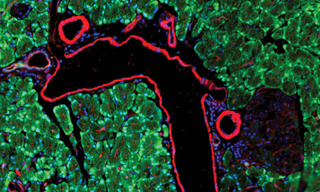